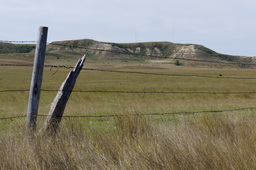 Bar JV Angus is located at Sioux Pass between Sidney and Culbertson Montana on highway 16.
We have been building our program here for 46 years, selling private treaty until 2009 when we began annual production sales.
Our registered herd was started in 1975 when Jim Vitt and Loretta Denowh were married. Loretta's 4-H cow and calf were the foundation.
Our operation now consists of 400 registered cows and 180 commercial cows.  We also raise spring wheat, oats, millet and grass hay to feed our cattle. 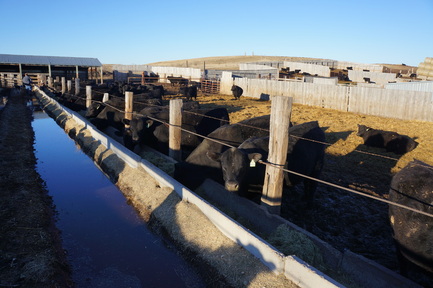 We market our bulls annually at our bull sale on the fourth Tuesday in March selling 100 bulls, 100 angus heifers and 20 black baldy heifers.
​
The bulls are fed in our own feedlot here at the ranch. We choose not to push our bulls hard on feed. We want them to gain about 2.75 to 3 pounds per day. This practice ensures that they will last for many years. The bulls are fed a high roughage ration consisting of alfalfa, grass hay, silage, whole oats and cracked corn. Flax-Lic tubs are fed to improve semen quality. 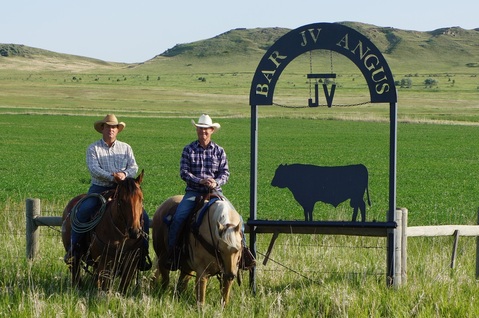 Bar JV is entirely family run. It is operated by Jim and Loretta Vitt. In 2006, their son Dale and his wife Jill returned to the ranch.  Dale and Jill have three children: Cody, Emily, and Kendal.  In 2017, Cody and Sierra Vitt joined us working at the ranch. Cody's sons Owen(4) and Brooks(2) are the sixth generation of our family on the ranch.

Please enjoy the following video with more information about our ranch.